perch fishing with the carolina rig on the river weaver 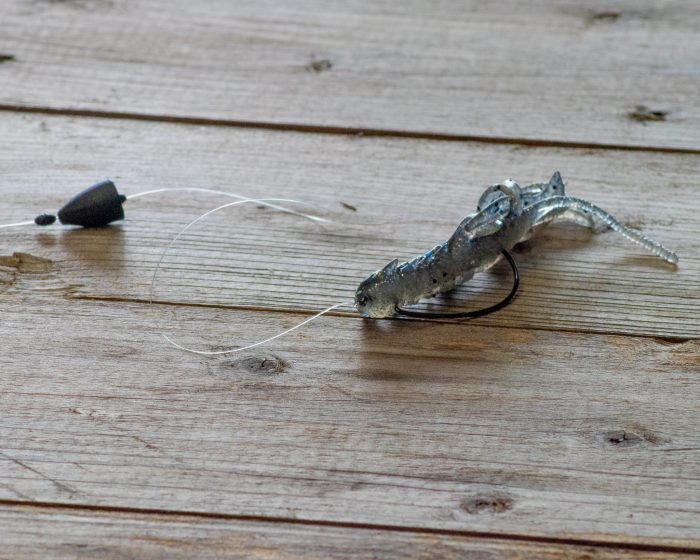 If you know Jon at all you will know that deep down he is really an American Bass angler. YES he loves his Carp fishing, but he adores ‘chucking’ some plastic for Perch. In the winter of 2018 he hit them quite hard, fishing different water ways hunting for an illusive specimen over the 3lb mark. Unfortunately it didn’t happen for him, but he had plenty of decent fish to over 2lb so it was by no means a failure to him.

A few days ago he decided to head back out onto his favorite local river Perch haunt, the River Weaver in Nantwich to reignite the flame ready for the Autumn and Winter ahead.

…….. It is hard for me to find something that beats a specimen river Perch, there is something about that type of perch that really hits the spot for me; Hard fighting brutes that have battled with floods, fast currents and if I pick the right river…. Crayfish.

My local river of choice is the River Weaver in Nantwich which is controlled by The Nantwich Anglers Society for a measly £20 per year. It has a fantastic stretch of river with a large variety of different fishing situations; fast flowing stretches, deep weir pools, snaggy overgrown stretches and shallow sand bars. One important thing to note about the River Weaver stretch is that it is teaming with Crayfish. When you combine Crayfish and Perch in the same water course you end up with what I call Spartan Perch! These can grow very big, with pronounced features as well as a few battle scars from failed attempts at eating a Crayfish. They are the best Perch in my eyes. It also allows me to fish my favorite way for them as well….. Creature Baits. Creature baits come in all shapes and sizes, from worms to frogs and weird alien looking baits to cray imitations. they are all designed to imitate pray of some sort, whether it is a worm, or a crayfish or just something strange to make the Perch strike! I don’t know what it is about this style of fishing that I love so much, maybe its the American in me that wants to be a Bass angler!

I arrived on the River Weaver at about 10am and decided to head for a well know area called ‘The Mill’. The area is well known for big Perch as well as Pike and many other river species. It is a very snaggy area with large amount of tree debris being pushed over the overflow into the area so fishing weedles or on the surface are very good plans!

I started by throwing a top water frog for a while to see if anything would come up but by this time the sun way overhead and it was far to bright, so I changed over to a chatter bait, which is a type of bladed spinner with a ‘skirt’ that you can add a soft plastic bait to. it creates maximum disturbance and can be fished quite shallow of you keep your rod tip up.

On my second cast with the chatter bait I had a very positive take and my 0-7g casting rod bent right round. A hairy fight later and a lovey pike of around 6-7lb was in the net. This was a great start!… Although 3 casts later I lost the chatter bait in a snag and that was the end of that fun!

I stayed in the area for a little longer but nothing else happened so I decided a move was on the cards.

The next stop was a lovely weir pool which had everything; deep water, fast water, slack water, overhanging margins….. Large Perch heaven!

This area is also very snaggy so I wanted a rig that I could still fish effectively in the snags through the water column. This is where the Carolina Rig stands out.

The Carolina Rig was originally developed by bass anglers in the USA and has proven just as deadly for Perch all over the UK and Europe.

Designed to fish a soft plastic bait close to the bottom among thick weed and snags, the Carolina rig has the great advantage that it is almost completely snagless.

This is because of the special wide gape offset hook that is used.

With the hook sitting flush with the top of the bait, this rig can be fished amid plants and sticks with little chance of snagging.

The Carolina rig is fished with a slow lift- and-drop retrieve that enables the soft plastic bait to wiggle enticingly as it moves forward and then flutter weightlessly down as the retrieve is paused.

I was casting the rig just into the slack water (where the Perch will be waiting). I then let it drop to the bottom and slowly lift the rod, then let it drop again. I would repeat this action, sometimes increasing the speed of the lift. But the drop was always the same. The Carolina rig allows the bait to fall at a very slow speed prolonging the ‘hit’ time and as there is no weight next to the hook like there would be in a Texas Rig it can sit on top of snags as well. This allows you to really get into the strike area a lot easier and safer than you would with a standard jig head for instance.

I fished the area for a short time and managed this stonking Perch just as the rain started. I wish i had weighed it to be honest as it was all of 45cm but the scales only went round to 2.1lb! At the right time of year, this perch is easily over 3lb.

I carried on the day after this and moved onto another spot under a snaggy little bridge, just dropping the rig into the water and giving it a few twitches. This produced a further 2 fish that my lad actually caught and ended the day on a big high for us! 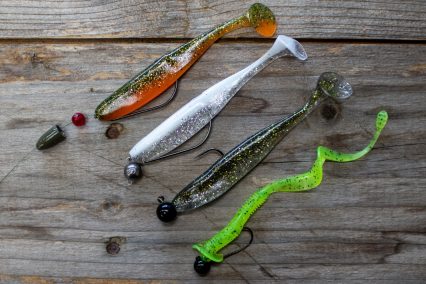 Struggling to know how to rig up a soft bait? Or are you loosing lost of gear fishing the river? Well here is an easy guide showing you different ways to rig up your soft... 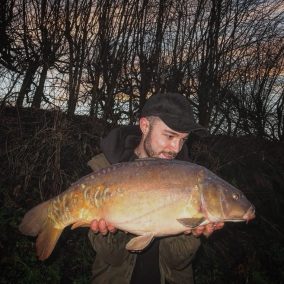 Catching Carp In The Winter With A Baiting Pole

For me, using a baiting pole is a massive edge throughout the entire year. When the lake is busy, it can give you an advantage over other anglers in terms of perfect presentation and access... 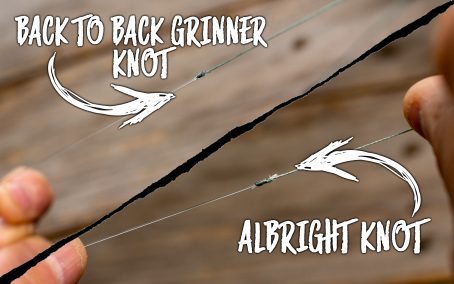 There are lots of different knots out there to do a whole host of different things. If you are new to lure fishing and want to know how to attach your fluorocarbon leader to your...

3 mins read
Join Waitlist We will inform you when the product arrives in stock. Please leave your valid email address below.