The Century C2-D (Command Distance) has been born out of the success of the Century C2 with some anglers asking us to manufacture a more powerful big brother. When Century launched the C2 it quickly became established as the bench mark standard for an all-round carp rod due to; fish playing ability, light weight modern build, quick tip recovery and ability to be used in close margins and distances which suit most venues. The C2 remains that ultimate all round rod but it was never designed as a casting rod in the FMA/SP/FMJ grouping, hence the requests we received to have a Distance Casting version and the launch of the C2-D. This new 13’ 3.75lb rod is suited to casting 3.5oz – 5oz leads.

We want to manage expectations from the start and highlight that less experienced casters are not going pick this rod up and instantly cast long distance. It is suited to the anglers who have used long range rods before or anglers planning to fish larger waters or weedy and snaggy venues where the extra power is needed. If you are planning to buy the rod to cover occasional long range venue but most of your fishing needs to be 90 yards then the rod can be used at these closer in ranges but due to the powerful nature of the rod we would recommend use of strong gauge hooks. Finally don’t let the power in this rod put you off if new to long range fishing, with practise you will soon build the confidence to exploit its capability.

Performance wise Century have not held back. We have used modern HPR materials which has resulted in an overall 31% rod weight saving vs previous generation casting rods from Century such as the FMA 13’. The rod is slimmer diameter in the butt section than the SP and has a standard overlap joint rather than reverse fit joint of the FMA. Some of that rod weight saving has come from the use of Titanium K guides but also the cosmetically stunning matt black aluminium finishing touches such as the Alps reelseat which we have laser engraved with C2-D graphics. If you would prefer a standard set of Century SiC size 50 guides fitted that is the alternative build option you can request in place of the Titanium K guide size 40 guides.

There is a much Enhanced Anti Twist Technology Tip compared to any other rod which you will quickly notice by feeling the lack of blank twist rotation especially in the upper tip section, this improves line flow and accuracy during long range casting. The HPR materials will once again provide a super sharp rod recovery to neutral which will help suit big leads and PVA bags. The use of Autoclave Technology during manufacturing will delay the softening process experienced on many other rods. This makes it a great choice for Carp Match anglers who will be using the rod for intense and continuous 24-48 hour matches and want the confidence that the blank is going to maintain its action and power over numerous years of tournaments despite casting out hundreds of heavy solid PVA bags.

We have designed this rod with a softer and more compressible butt than the FMA but at the same time given it a more powerful tip. This gives the rod a more consistent whole rod loadup during the cast which makes the rod very suited to casting long ranges even when shock leaders are banned. Casting a 4oz lead using 0.35/15lb mono at 165+ yards on larger venues is a scenario which can be achieved with this rod. That ability using mono does not stop the rods outright potential when shock leaders are allowed and 200+ yards is well within the rods capability. These are long distances and less common scenarios for most anglers, Century are not saying that the rod is only suited for this long casting application but it’s nice to know the rod has the built in capability to do it when required.

*this rod has the Century SiC size 50 guides fitted NOT the K guides. 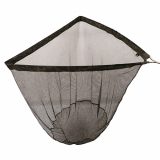 Out of stock
Add to Wishlist
Gardner CAMO MESH 44INCH
From £27.99 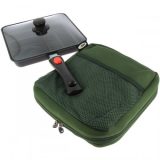 Out of stock
Add to Wishlist
NGT NEOPRENE CASE FOR 3 WAY OUTDOOR PAN
From £9.99

Out of stock
Add to Wishlist
Thinking Anglers COMPACT CARRYALL
From £44.99 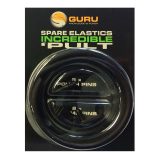 Sale Out of stock
Add to Wishlist
Guru INCREDIBLE PULT SPARE ELASTICS
From £2.44 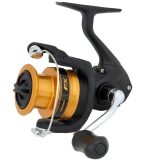 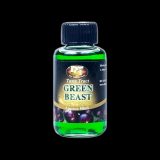